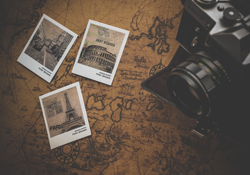 One of the most vibrant and versatile counties in the Commonwealth of Kentucky is also one of the oldest, that of Madison. Madison County’s history goes back thousands of years, where American Indian tribes inhabited the area, as well as using it as an area for hunting wild animals for food and their pets, primarily the Shawnee and Cherokee tribes. Madison County was part of Virginia’s Kentucky County, and it was during the 1770s that noted explorer Daniel Boone ventured into the area. He and others established Fort Boonesborough in April of 1775. Kentucky County was divided into three counties (Lincoln, Jefferson and Fayette) in 1780, and Madison was formed out of Lincoln County in August 1787.

It is named for James Madison, a Virginia statesman, the Father of the U.S. Constitution and later our 4th U.S. President. It was the first of 20 counties nationwide named in Madison’s honor. Originally, the county seat was located in a village known as Milford, but was moved to the new community of Richmond (named after Richmond, Virginia) in 1798. As Kentucky grew in the 19th Century, so did Madison County. During the American Civil War, Richmond was the site of the second largest battle fought in the Commonwealth. Seasoned Confederates routed a raw Union force in what has become one of the most lopsided victories during the entire war. Madison County has been the birthplace for Kentucky governors James B. McCreary and Keen Johnson, noted emancipationist Cassius Clay, U.S. Supreme Court Justice Samuel Freeman Miller, New York Yankee player and coach Earl Combs, country music legend Red Foley and frontiersman Christopher “Kit” Carson.

Madison County has been served by many great local leaders, all of these leaders have left a indelible mark on Madison County, Kentucky. Each in their own way push to make Madison County a better place for all to enjoy.

A listing of Judge Executives prior to 1925 is unable to be determined at this time.